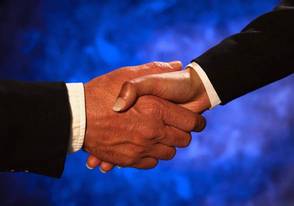 Before you contact the potential licensor (the person or entity from which you are seeking a license), some background work should be done. Is the company serious about it's intellectual property and are they actually using it, or are they an individual inventor that had no idea how much work it would be to get their product selling? Have the filed their patent in the United States only, or have they filed in many countries? Did they argue vigourly at the Patent Office, or perhaps they narrowed their claims so much as to have the teeth of their patent fall out. Further, maybe the Examiner at the Patent Office didn't conduct a very good search and there is prior art out there which would make licensing the patent less worthwhile or perhaps, even a waste of money. Does the licensor have other patents on this technology? Are they protecting the entire field, or just a very small subset that you can perhaps work around?

These and other questions should be discussed with a competent Patent Attorney before seeking a license and before contacting the owner of a patent. Patents, except in extremely rare cases, are public records. The prosecution history is also public and one can learn a lot by reviewing such information before deciding to hand over your money to another.

What Kind of Patent License Do You Want?

Do you want an exclusive license or is it okay for others to use the patent as well? Is it okay only for you and the owner to use the license? How will you pay - a share of profits? A flat rate per period of time? Do you want the first right of refusal for future technology? Can you assign the license to another? Maybe you prefer to buy all rights to the patent outright. Instead of "renting" your license, you may want to "buy" the property, i.e. the patent. These and other questions should be considered.

Preparing for the Worst

Few people want to think about prenupial agreements before marriage (which can also be drafted by this law office), living wills, or corporate dissolution. However, preparing for what happens if a party breaches the contract, how to all the parties to oversee that the other is reporting royalties, etc, properly, and the like may be the most important part of the contract. As long as the licensor and licensee are an agreement, there will rarely be a problem. However, when the disagreement starts, the contract is a place to look to for guidance and may save lots of aggrevation and money in the long run.

One should think about what penalties there are if the other party breaches. Patents have to be renewed at the 4th, 8th, and 12th year of their life. Suppose you have a license to a patent and the owner fails to pay a maintenance fee. Hopefully, your license specifies that you are no longer paying royalties on a product, and even better, that this constitutes a punishable breach of the patent license.

What if you or the other party wants to terminate the license? Should the license terminate at the end of a fixed time period or should in continue until the parties agree to dissolve the license? Other possibilities may include the ability to terminate a contract with a monetary penalty or only after all goods in inventory which rely on the licensed patent are sold.